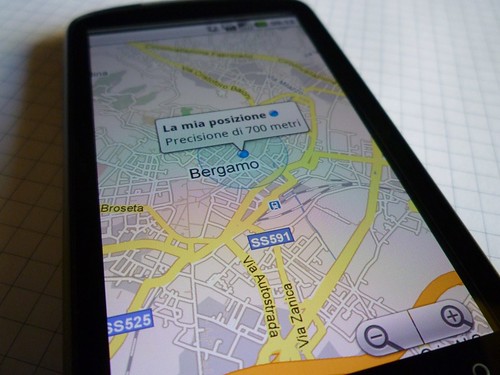 SilverEdit is a complete web designing tool, allowing users to create new webpages from scratch. The app allows users to store webpages offline which means they are always available for viewing or editing. Files can be stored locally on the Android device as well as be uploaded and downloaded via FTP. For web designers, SilverEdit is a crucial app since it puts the ability to create entire websites at the fingertips of the designer. The app is feature-packed and allows designers to work in a number of languages, while still continuing to be user-friendly.

WordPress is by far the most popular content management system in use. It is not surprising then that WordPress for Android is also one of the most popular apps in the Google Play Store. The app successfully recreates the fell of working on a proper computer while you write new posts and manage content for your websites. In-built notifications allow you to monitor and manage comments, while the Quick Action Bar gives you all the necessary WordPress tools in one convenient location.

There are many Android apps that allow for FTP synchronization, but none of them offer the advanced features of AndFTPPro. As expected, the basic functions of the app allow you to delete, rename and set permissions for remote files. In addition to the basic functions, AndFTPPro also features SCP support, custom commands and full folder synchronization. The free version of the app, AndFTP, has always been very popular with web developers. However, AndFTPPro offers a number of useful functions that make it worth every penny. It is not surprising that the app is often rated as one of the best paid apps on the Android store.

Talk about the best free apps available on Android and Adobe Photoshop Express always makes it to everyone’s list. The most popular image and photo editing software has a portable version for smartphones and tablets, thus allowing you to edit and modify images before uploading them, right from your Nexus 10 tablet. It may not be as feature-packed as its big brother on your home computer, but it is still very useful and incredibly easy to use.

Pat Collins is an expert in internet marketing. He is currently working for christom.com.au which excels in providing solutions for Web Design Melbourne