Nikon’s series of 70-200mm lenses are fun, sturdy devices, with an extremely crisp telephoto range, all the way down into portrait territory. Making an optic that spans such a range is no easy task; compromises have to be made if one device is to accomplish so much. Out of this fact comes an adverse effect known as focus breathing, which means that a lens’ focal length has a dependence on the distance from its subject. In other words, the closer you get to an object, the shorter the effective focal length of the lens becomes. 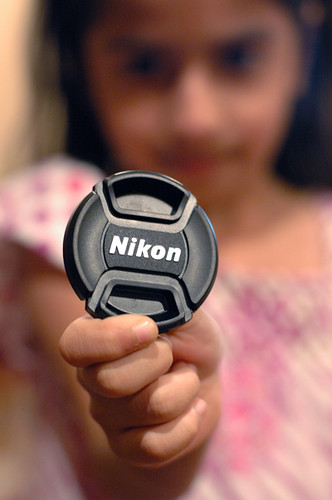 Its Affect on Us

To be explicit, here’s how focus breathing works. Let’s go out for the day to a rolling park, where we find ourselves in the middle of a large field, under a gazebo with plenty to stare at. You set everything up on your tripod and decide that today is a day to use your 70-200mm f/2.8. As you start taking some pictures of the tree-line in the distance, there are no problems. But suppose you now pointed your camera towards a bench in the gazebo, still set to your 200mm focal length. Now that we’re using our telephoto range in close proximity, the effective focal length of the lens has decreased. Moving your tripod closer to the bench will amplify this effect, and it is the result of long focal lengths not really being meant for short range use.

On the f/2.8 specifically, focus breathing is such an issue that at a distance of 3 feet, the focal length is about 60% of its nominal value, a huge difference! The easy remedy for this though is that wider focal lengths do not exhibit this same problem. Obviously, it makes no sense to have close up shots of the gazebo’s construction without making full use of the lens’ focal range. The existence of this on a lens, even excessively so, isn’t much to worry about as it can be worked around. Those looking for peace of mind, however, will be happy to know that Nikon’s new 70-200mm f/4 ED VR AF-S exhibits almost no breathing.

Something to keep in mind about focus breathing is that it is not as enormous of an issue as it seems in the abstract. In all practicality, if you own a 200mm telephoto lens, then you will want to use it for distance photography. Having the ability to swap between that and the normal 70mm range means great versatility, and the good news is that most lenses only breathe at the long end of their spectrum. The wide end does not exhibit nearly as much of this effect, and likewise, the wide end is what you would opt to use for closer subjects anyhow. It isn’t a deal-breaker in any case, merely something to be aware of.

Bill Green is an engineering student and freelancer for Photo.net where you can read an in-depth review of the Nikon 70-200 lens and hundreds of camera and lens reviews.